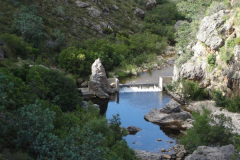 A day hike up the Elandspad river at the Hugenot Tunnel 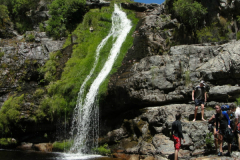 A day of kloofing down Bobbejaanskloof 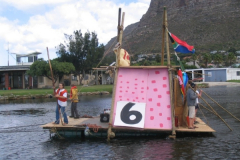 Day hike on the Vlakkenberg 2012 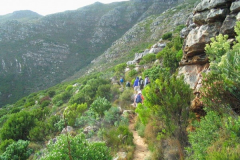 A day hike in 2012 by 1st Claremont Scouts, starting from East Fort at Hout Bay and hiking across the Vlakkenberg to Constantia Nek. The hike includes a visit to the manganese mines above Hout Bay. 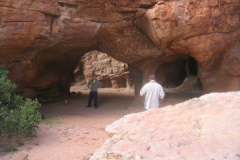 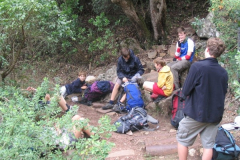 A 2 night hike on Table Mountain, ascending via Orange Kloof and descending via Woody Ravine. 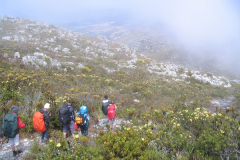 A night hike on Table Mountain, ascending via Kasteelspoort and descending the next day via the Valley of the Red Gods, the Valley of Isolation, Maclears Beacon and then Smuts track and finally down Nursery Ravine

Permanent link to this article: https://1stclaremont.org.za/photo-galleries/1st-claremont-scouts-2012-photo-album/

1st Claremont Scouts regularly hike in Bobbejaanskloof which we rate as one of the best day kloofs in the Western Cape. It is a kloof which as lots of jumps (some of them pretty high), swims and general wading through water without being too long. The jumps are not mandatory and it is always necessary …

Day hike on the Vlakkenberg 2012

Elandspad is one of the less exciting kloofs available for day kloofing in the Western Cape. There are no big jumps but there are a lot of options for anyone wanting to have a days kloof. The kloof starts on the other side of the Hugenot Tunnel (from Cape Town) and parking is found on …

Read about our hike up Orange Kloof in 2012.